Take a book, leave a book

The first Little Free Library was built in Hudson, Wisconsin, in 2009. Today there are more than 5,000 wooden boxes, each holding about 10-25 books, perched in neighborhoods all over the world. Here in Mineral Point we have our fair share – five, in fact. Local stonemason Roland Sardeson built four of them, and he is working on another for a new business opening on High Street this spring.

Roland’s libraries are almost exclusively made from recycled materials – items he’s found, been given or had stored somewhere. “If you buy a bunch of 2x4s and use them to build the libraries, they would all look the same,” he said. Each library is indeed an individual work of art. The detail and craftsmanship are amazing. 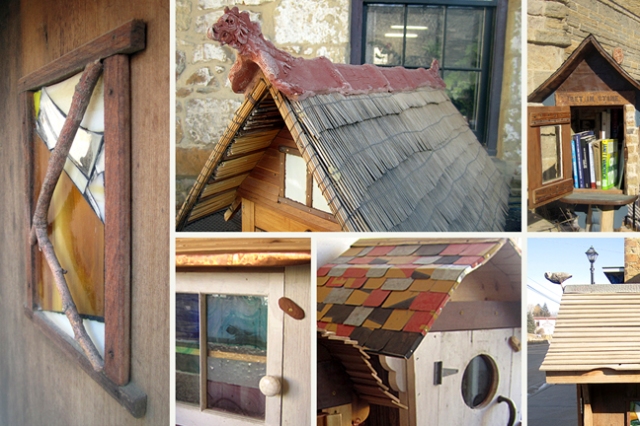 Roland started building the libraries two years ago after he read an article about them in a Madison newspaper. In the fall of 2011 Harriet Story hosted a show featuring the Little Free Libraries at her gallery, Story Pottery. The founders of the organization attended and encouraged Roland to build more, and he has – 16 so far. 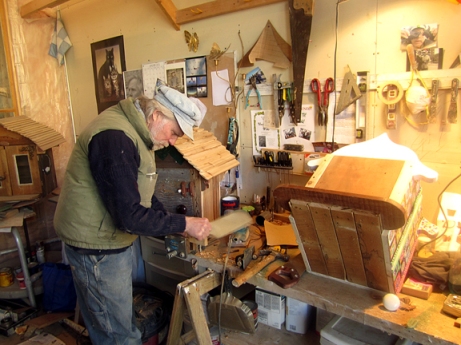 While many of his libraries remain local, Roland does have one nearly 2,000 miles away in Bainbridge Island, Washington. A tourist visiting Mineral Point from the Twin Cities bought one for her daughter who lives there. 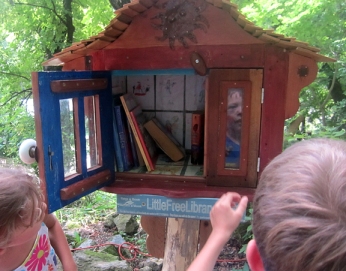 Several of Roland’s libraries will be available for purchase this weekend at the Garden Getaway. Shake Rag Alley’s annual event is packed with workshops and lectures to welcome spring, even when the weather feels anything but springlike. Look for the two Little Free Libraries posted on Shake Rag’s grounds, and check out Roland’s libraries for sale. And take or leave a book, while you’re at it!