As many Mineral Pointers know, our town is the place “Where Wisconsin Began.” Specifically, Wisconsin began on High Street.

On July 4, 1836 Governor Henry Dodge was sworn in here as the first Governor of the Wisconsin Territory.  An official historic marker on High Street in Library Park confirms this fact and states that it took place “here in Mineral Point.”

As part of the refurbishment of Library Park, the sign was recently removed and touched up by John Sharp.  Early Monday morning, John, Jim Bennett and Don Hawkins re-installed the sign. 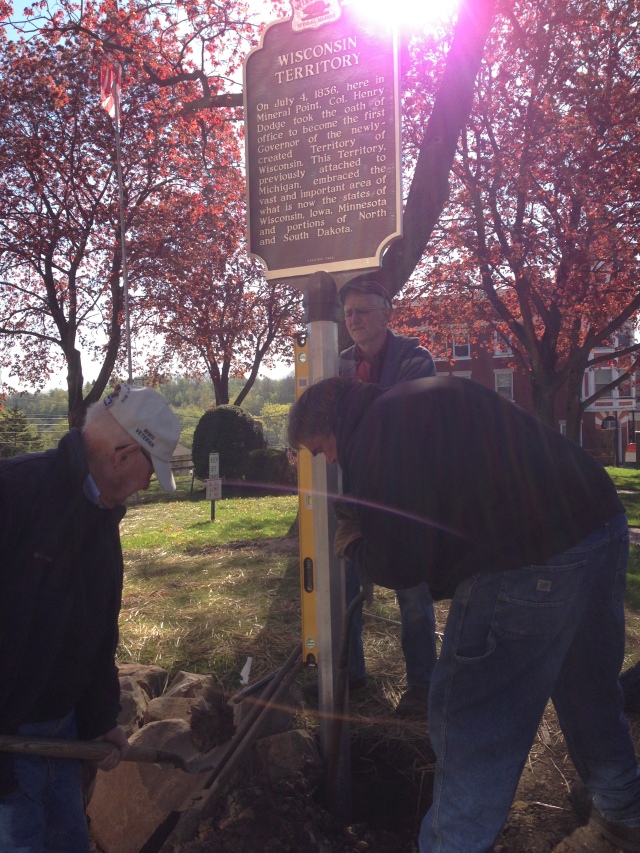 Don Hawkins remembers when the sign was first installed almost 50 years ago.

So, next time you’re walking down High Street at Library Park, take a moment to read the sign and stand in the spot Where Wisconsin Began.

Contributed by the Hays