A New Tradition Born on the 4th of July 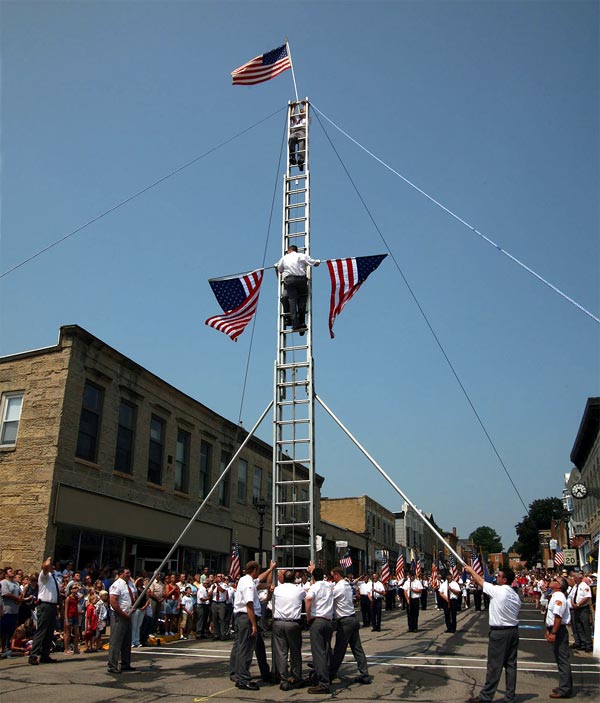 After many, many years the Mineral Point Volunteer Fire Department retired its 4th of July mid-parade tradition of raising the tallest ladder, climbing up and unfurling the flag. 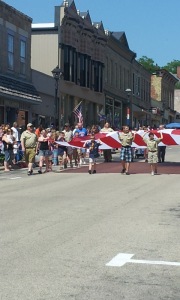 Seemingly in its place, local scouts celebrated the day by carrying a gigantic flag down High Street. Near the same spot where the ladder raising occurred, the scouts stopped marching and solemnly paused. The banner waved in the breeze as the High School Band played The Star Spangled Banner. It was a stirring moment and a welcome new tradition to the Mineral Point 4th of July Parade.

Contributed by the Hays