Posted on November 3, 2013 by mineralpoint

The Driftless Film Festival is back for its fourth year with an outstanding lineup. From horror to horses, wilderness to war, global crisis to comedy, the festival covers a lot of ground. And kicking off the festival Thursday night is a documentary about our own beloved Mineral Point, Of Some Fair Place.

The movies are shown at six historic theaters in the driftless area of Wisconsin. Here is what’s showing at the Mineral Point Opera House. Each film will be preceded by a short film.

Of Some Fair Place tells the stories of artists and building restorers who transformed the town of Mineral Point, Wis., after the Great Depression. Mineral Point’s story is a testament to the triumph of creative passion and a love story about what it means to make a place home. – Filmmaker attending 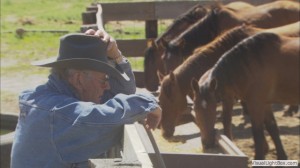 Running Wild conveys the emotional healing that the Black Hills Wild Horse Sanctuary nurtures in Dayton Hyde, the volunteers and each and every horse that now runs free. Beyond telling this intimate story the film also serves as an enduring record of tales from “a West that was and will never be again.”

Fall and Winter is an epic and spectacularly photographed journey across the U.S. in search of what is causing our unfolding global crisis.

The Moo Man tells the story of dairy farmer Steve Hook, favorite cow Ida, and his 53 other cows in the English marshland. It’s a heartwarming tearjerker of a film about working a farm in the way we would all to love to see, yet which is so difficult in a world where the supermarkets call all the shots.

Since their humble beginnings in New York City in 2001, Improv Everywhere has grown from a small gang of jokesters into an internationally recognized collective and a viral video-making machine. We Cause Scenes is the inside story of this groundbreaking group that turned the world into a stage, inventing an art form for the Internet age. – Filmmaker attending 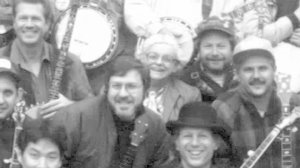 The Librarian and the Banjo tells the story of Dena Epstein, a music librarian, now 96 years old, whose trailblazing scholarship was the first to take on the old myths about the banjo and prove its African-American origins and West African roots. – Filmmaker attending

Bridegroom tells the emotional journey of Shane and Tom, two young men in a loving and committed relationship – and the struggles that resulted when that relationship was cut tragically short by a misstep off the side of a roof. Winner of the Audience Award at the Tribeca Film Festival. – Filmmaker attending

Tiny is a documentary about home, and how we find it. The film follows one couple’s attempt to build a Tiny House from scratch. Exploring homes stripped down to their essentials, the film raises questions about good design, the nature of home, and the changing American Dream. – Q&A with tiny-house builder, Hannah Adams 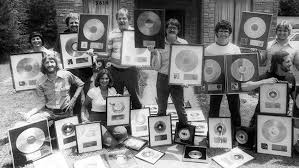 Located alongside the Tennessee River, Muscle Shoals, Alabama is the unlikely breeding ground for some of America’s favorite music. In this movie, legendary artists including Aretha Franklin, Mick Jagger, Etta James, Alicia Keys, and others discuss the magnetism of Muscle Shoals and why it remains a global influence today. – Filmmaker attending

A memorial for their little league coach reunites four friends until the secrets from their past return to haunt them. Shot in Milwaukee. – Filmmaker attending

This is the strange but true story of Wild Bill Cooper. Part Arctic adventure and part crime caper, Wild Bill’s Run is an unforgettable ride with a true American folk hero. – Filmmaker attending

The amazing story of radical priests, nuns, and everyday people who risked prison and took on the government to end the Vietnam War. – Filmmaker attending

In 2011, Chicago filmmaker George Desort spent eighty nights on Isle Royale, a wilderness island on Lake Superior. Desort explored the rugged terrain of the island, filming himself each difficult step of the way. – Filmmaker attending

Out of the Fire provides a look into the world of wood firing potters. Along with portraying the camaraderie, techniques, and drama of the firing, the film explores the drive to create and the roles of risk-taking and authenticity in creating the best possible work – and living the most fulfilling life. – Filmmaker attending

– Tickets are $6 per movie, or $22 for an individual all-festival pass that gets you into any movie at any venue. Passes and tickets can be purchased at the door, at Berget’s Jewelers in Mineral Point, or online.

The DFF also includes these movies, not listed above because they are showing at other venues: A Circus Life, American Commune, Betting the Farm, The Bitter Buddha, Black Web, Dead Before Dawn, Down by the River, Fight Like Soldiers Die Like Children, Houdini, Into the Wake, The Life and Crimes of Doris Payne, Maidentrip, Northern Light, Not Yet Begun to Fight, Pints & Pins, The Pledge, The Price of Sand, Unforgettable, and We Will Be Back: The Lake Delhi Story. For a complete schedule, click here.