This Saturday night, November 23, 2013 — 50 years and a day after President Kennedy’s assassination — Alley Stage hosts a reading of Caleb Stone’s new play “Ozzie the Rabbit.” The reading will take place at the Green Lantern Studios.  Admission is free, but donations to the Shake Rag Quonset Hut Renovation are appreciated.  Recently, High Street Beat interviewed Caleb Stone about his play. 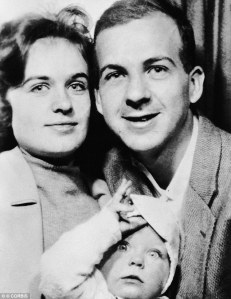 HSB: Can you tell us a little about your play?

CS: The play is my attempt to explore some of the lesser known aspects of Lee Harvey Oswald and his life. It’s not strictly conspiracy-theory oriented; I was more interested in showing him as a fleshed-out human being instead of a two-dimensional villain. He was so young when he died–especially by today’s standards–and yet he had done so many different things and known a lot of strange people.

HSB: Does it deal with Oswald leading up to the assassination?

CS: Yes, the play is in two acts, and the first act focuses on his activities in the year prior to the assassination. Act One ends with Ruby killing him. But I didn’t want the whole play to be some kind of grim history lesson; I wanted to keep the audience engaged and have some fun with it too, so in the second act we veer into somewhat surreal territory, as Oswald’s life flashes before his eyes in the form of a game show. We get to meet many of the people who influenced his life and steered him on his destiny.

HSB: Why is your play called Ozzie the Rabbit?

CS: That was one of his nicknames when he was in the Marines. I chose that as my working title because it kind of sums up what I was trying to do: show him as a multi-layered person and not simply a misfit loser like we’ve so often been told. He had a wife and kids. He loved reading and photography. He had silly nicknames and hidden talents. He could have been a friend of you or me.

HSB: You ask those attending to come with an open mind, can you explain why?

CS: I’m just hedging my bet, basically! I think the play presents a pretty fair and balanced perspective in terms of the conspiracy material that’s discussed. Warren Commission supporters get teased a bit, but so do the conspiracy theorists. Eventually it becomes very clear which side of the fence I’m on. But you still have to be careful and respectful; some people have very strong feelings about this topic, at times defending their opinion with outright hostility!

HSB: What were your best source materials?

CS: Not an easy question to answer. There are hundreds and hundreds of books about the assassination. I’ve read around 40 or 50 of them so far, and they’ve all been eye-opening in one way or another, even the ones I ultimately found unconvincing. They’ve all added pieces to the puzzle.

HSB: How many years have you been working on the play?

HSB: How long do you anticipate the reading to last? 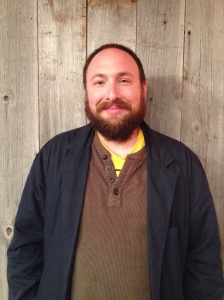 CS: About two and a half hours, I’m guessing. It’s not short! But it’s a fun ride, and I’m sure people will stay interested. We’ve got a great cast of actors doing the reading. And then of course, I’m hoping people will stay to give feedback and ask questions.

HSB: Will there be multiple actors reading, or is it a one-man play?

CS: Oh, yes. It’s a cast of 10, including familiar local talent as well as a few of our old friends from Madison. The director, my longtime friend Heather Harris, put together a strong group of people.

HSB: Is there any additional information that would be helpful?

CS: Admission is free, but we certainly wouldn’t turn down donations for the upcoming renovation of our newly acquired rehearsal space!

The reading is at 7pm this Saturday night at the Green Lantern Studios, 261 High Street.

-Contributed by the Hays