Former Mineral Point teacher Sue Okas is one of High Street Beat’s avid followers.  We always enjoy hearing from her and seeing her when she visits town.  A couple years ago, she moved away from Mineral Point to be closer to her grandkids.  While she may not technically live here anymore, it’s clear that, in her heart, she never left.  No matter where she lives, Sue Okas will always be a Pointer.

Wisconsin winters bring out different things in different people. In my case, cleaning and organizing the basement has brought about an acute case of nostalgia. As I opened a box simply labeled “teacher stuff”, I was transported back to the Mineral Point Elementary School where I spent thirty-one years of my life as a classroom teacher in Kindergarten and Third Grade.

There among my old photos was a picture of the principal who hired me in 1972, Tom Mielke. He was always willing to interact with students and teachers. 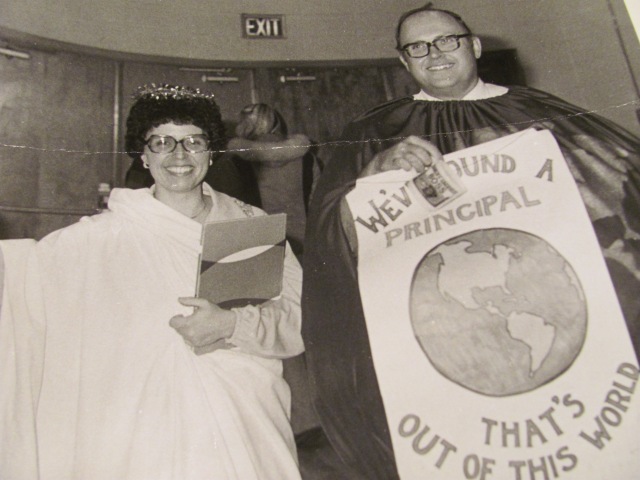 Everyone knows Mike Mitchell as the proprietor of Mitchell’s Hardware, but how many of you remember him as the Statue of Liberty? He helped raise money for its restoration in the 1980’s along with the Okas kids and many others. 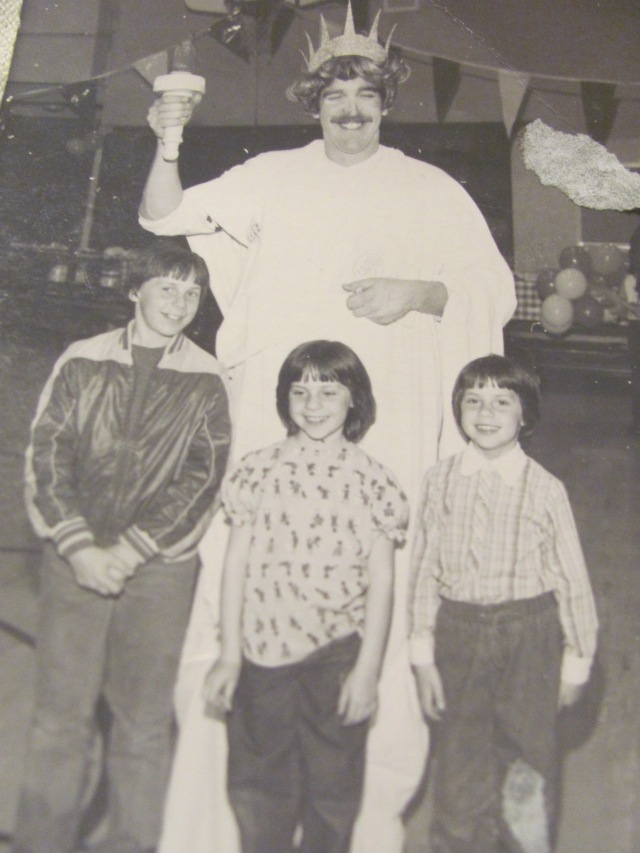 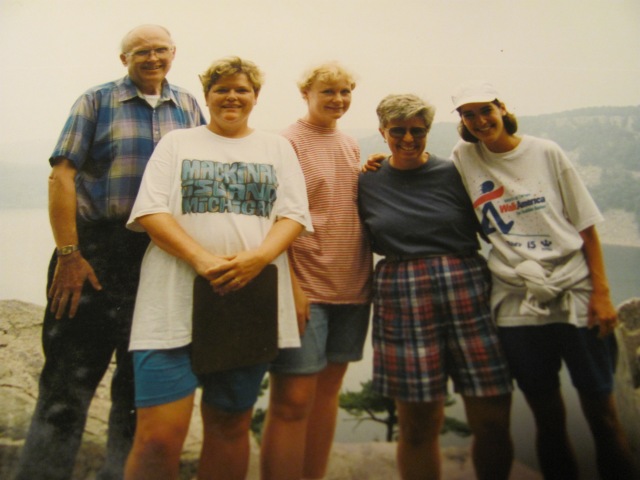 Bill Brown was the Middle School Music and computer teacher until his death in 2001. He was a friend to all. Bill created the first computer generated report card for the 3rd grade. 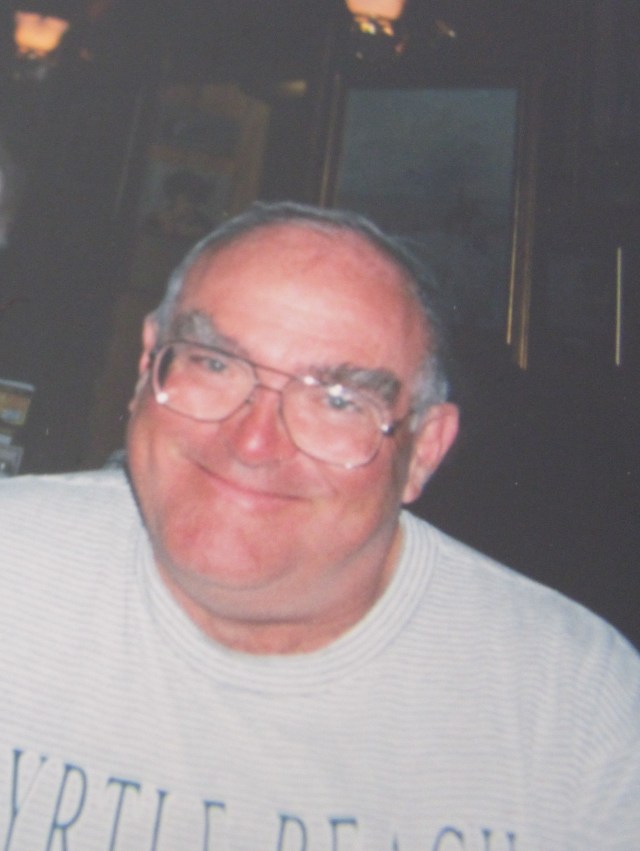 Recalling all the fun I had and all the good friends I made in Mineral Point makes me realize what a lucky lady I was!

Since my retirement eleven years ago, I have been reading to students as the Cat in the Hat for Read Across America Week. My reading has continued at the Mineral Point Care Center where my mother was a resident for three years.

Even though I left Mineral Point for McFarland eighteen months ago, I will forever be a Pointer!