Vincent Price: Son of a Pointer 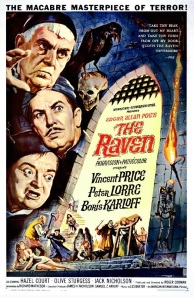 When I was a kid I used to go to the movies on rainy Saturdays to watch double feature horror movies for 50 cents. The best movies (The House of Wax, The Masque of the Red Death, The Pit and The Pendulum) all had one thing in common — Vincent Price.  The movies were scary, not too gory, sometimes campy, and always entertaining.  Little did I know I would end up living a few doors down from Vincent Price’s great-grandfather’s home. 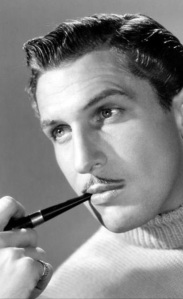 You may think of Vincent Price as simply a horror film actor, or for his appearances on classic TV shows (i.e., he was Egghead on Batman and the villain on the Brady Bunch Hawaii episode).   You may be surprised to learn, however, that he was a Yale graduate, acclaimed Broadway actor, voice-over artist on a top selling album (Thriller), art scholar, art collector, gourmet cook and wine expert.  His daughter’s biography does an excellent job of capturing the multi-faceted nature of her father.

George Cobb’s home is on Cothern Street next to the elementary school.  The house used to be pretty spooky looking until Lowry White renovated it,  returning it to its original condition. The transformation of the house and the connection to the Cobb family are described in “Another One Comes Back” from the Fall 2013 issue of the Mineral Point Historical Society newsletter.

The Cobb family were actively involved in the Mineral Point community and they donated several stained glass windows in the Trinity Episcopal Church. George Cobb and several other family members are buried in Graceland Cemetery (shown below).

While Vincent Price never lived in Mineral Point, he must have felt some sort of ancestral connection to the town where his mother was born and raised. In 1962, around the time he was filming The Raven with Peter Lorre and Boris Karloff, he made a significant contribution to the Trinity Church to repair the church’s organ. The organ had originally been donated to the church in 1908 in memory of Vincent Price’s great-aunt, Laura Antoinette Cobb.

In 1983, Vincent Price was in Madison delivering a lecture on fine art at the UW when he took the time to respond to a letter from the curator of the Mineral Point archives. The note is handwritten on stationery from The Madison Inn (now The Campus Inn on Langdon Street).  He wrote, “I have heard all about Mineral Point from my mother and father, but being the last of four children, it was rather far removed and I remember little of the tales except for Shakerag Street.” In the margin he writes “my grandmother was a Cobb and I had Spensley relatives – the other names I don’t know.”  (The letter is re-printed here courtesy of the Mineral Point Archives.)

When you go trick-or-treating around town tonight think about Vincent Price as you pass the Cobb House, Trinity Church, The Railroad Museum, Brewery Creek, or Graceland Cemetery.  And think of this 20-second sound bite, in which Vincent Price’s last laugh perfectly captures the scary fun of Halloween.

4 Responses to Vincent Price: Son of a Pointer