We Lost A Little Magic

Roland Sardeson died over the weekend, and we’re going to miss him.

In typical Roland fashion, he wrote his own obituary.  As he said “What could go wrong?”  Click here to read it.

In an effort to find pictures to share on the Roland website, I looked through past issues of High Street Beat.

No other person has been featured or mentioned in this blog more often than Roland. It couldn’t be helped. He kept doing things that were blog-worthy. 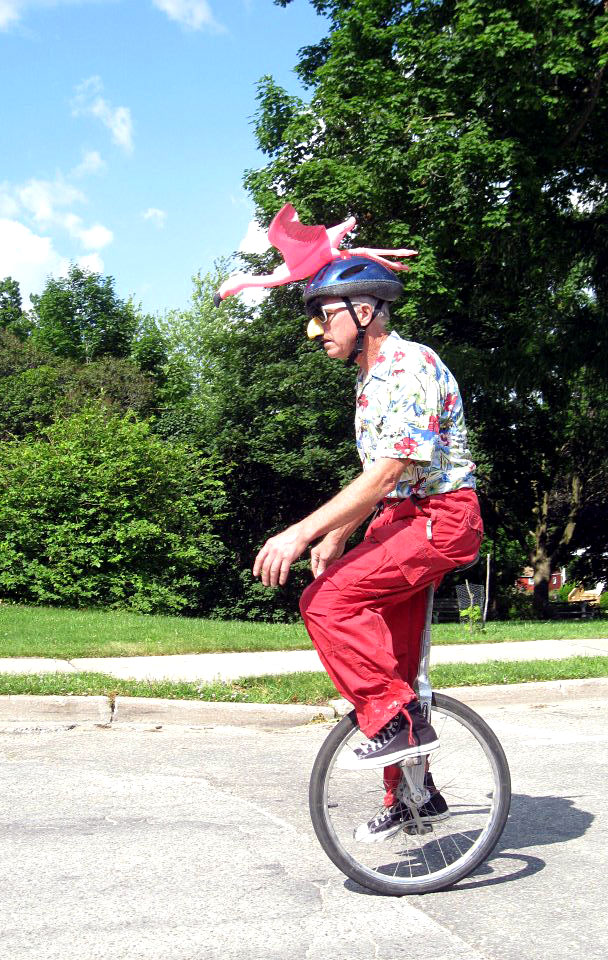 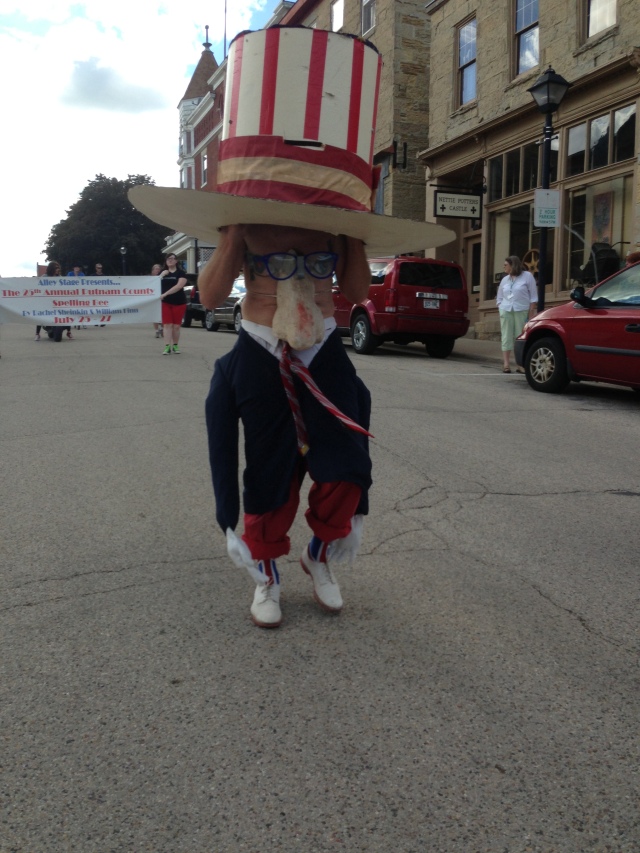 He was a local celebrity.

Remember when this was a billboard?

Even when he played a dead guy in Uncle Willie’s Wake, he was riveting – staying in character as guests started kissing him. 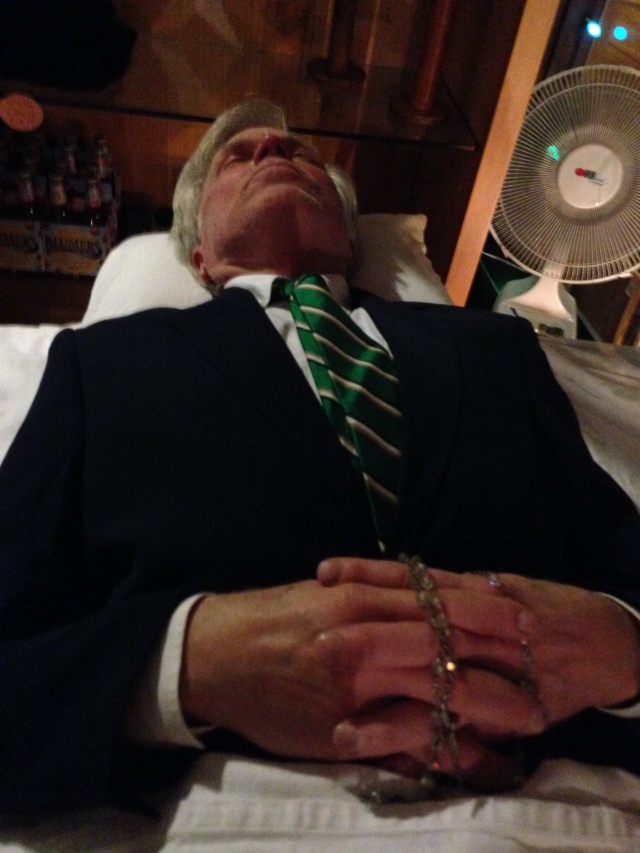 Roland didn’t need a stage to perform.  The entire town was his stage.

He was Scrooge during last December’s Gallery Night. 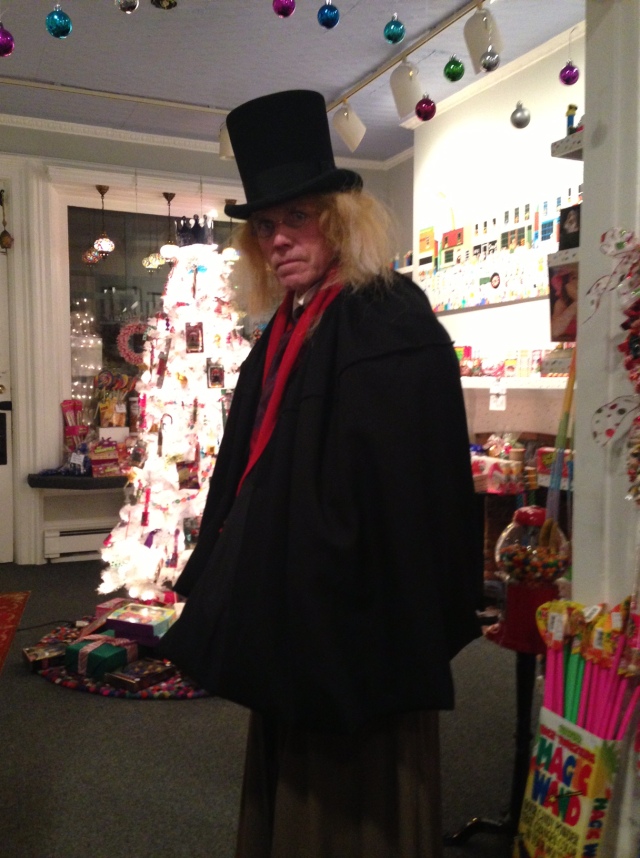 He wore a straight jacket and surprised dinner guests by launching into Edgar Allen Poe’s Tell-Tale Heart at the Walker House.

He made Mineral Point even more beautiful by building and preserving stone walls all over town.

On a nice day you could find him reading on his roof. 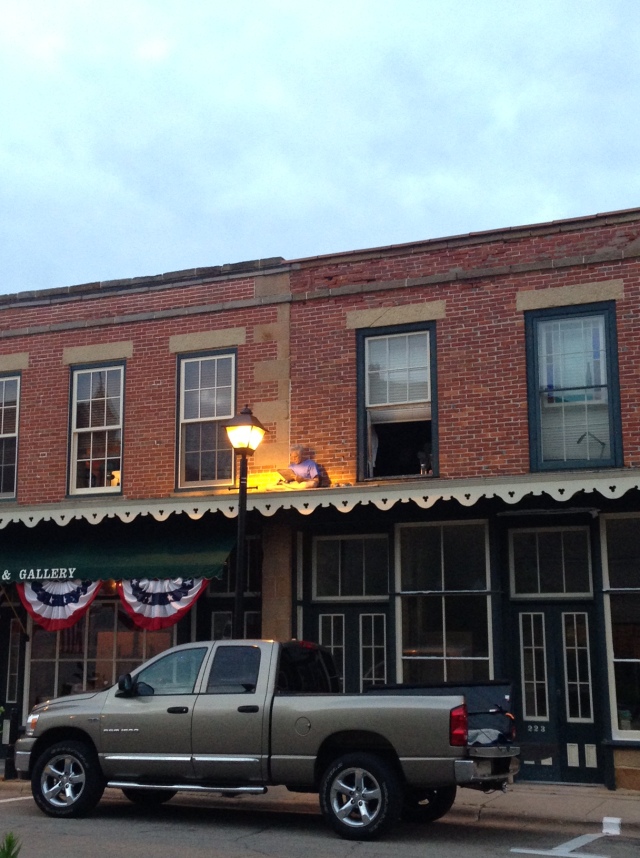 A Marine who served in Vietnam, Roland re-worked the Veteran’s Memorial in town so that people could walk up to it and read the names of the fallen. As he states in his obituary, his service in Vietnam was the “seminal event in my life on which all other things are partially based.”

His studio on Commerce Street, was a curiosity.  He would leave the door wide open even when he was gone. How many tourists wandered in there and wondered what was going on?

Here you see him posing in his studio with a pot he made and in the background you can see the partially constructed Little Free Library that now graces Water Tower Park.

He took the concept of the Little Free Libraries to a new level. 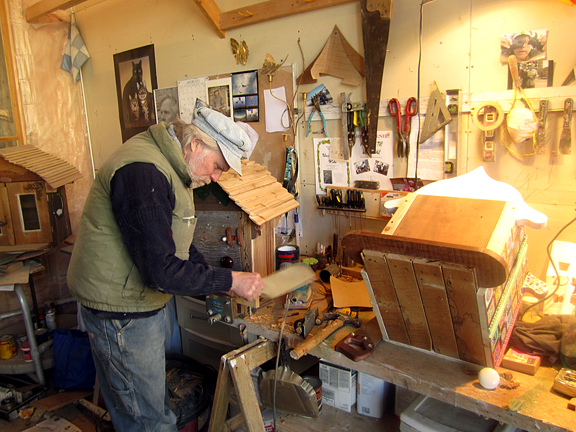 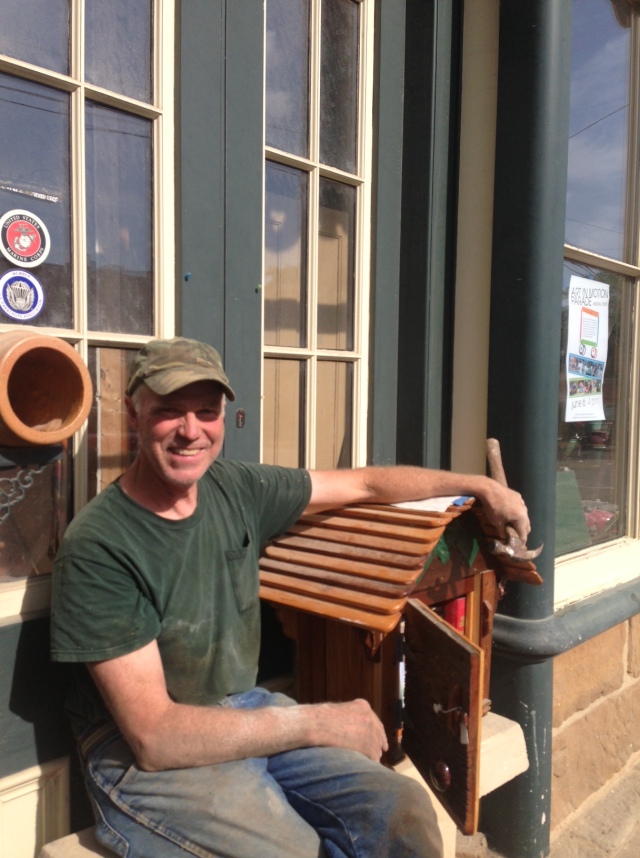 There are at least nine of his libraries around town and they are the best – complete with hidden compartments and details you will only see if you open them up and explore. 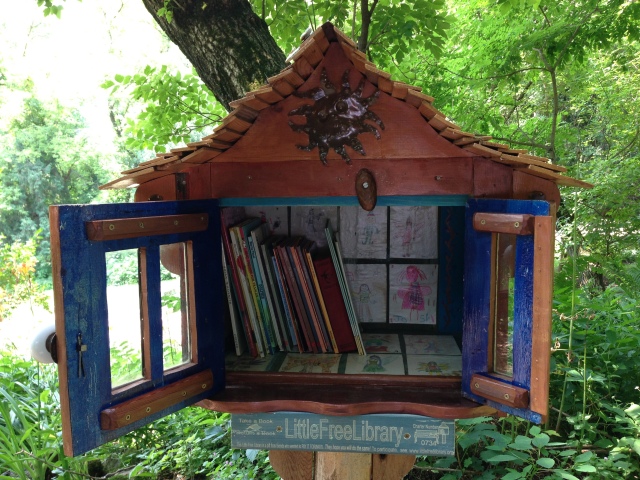 One freezing winter he decorated the corner of High and Commerce with giant ice votives.

He decorated himself for Valentine’s Day.

The town has lost some magic.

Of course his closest friends and those lucky enough to know him for decades will feel the loss the hardest. But, for the rest of us, there’s a sadness in knowing he won’t be roaming around town. You never knew what character he would be or where you would see him.  But, it was always a fantastic surprise. He embodied all that was good and special about Mineral Point.

Roland will be remembered on April 20, 2017 at the Lind Pavilion. Until then, go to www.rolandsardeson.com to share your photos and memories.

12 Responses to We Lost A Little Magic